10/24/2016 7:30 AM to 10/24/2016 9:00 AM
Gateway - Gateway Seminar Room - GW101
Alice Handwerk
Featuring alumni who work in the field of technology.
On Monday, October 24 at 7:30 am, The Derryfield School Alumni Council brings you the third annual Alumni Spotlight: Networking Breakfast in the Gateway Building Seminar Room. The year's event features three Derryfield alumni working in the technology industry: Edward Bender '97 (Fastly), Michelle Lauer '94 (BioRAFT), and Gerard Murphy '98 (TripAdvisor). Find out more about them in their brief bios below, and join the Derryfield community for breakfast to hear the rest of their stories!
Please RSVP to let us know you'll be there. If you have any questions in the meantime, don't hesitate to contact us. We look forward to seeing you!

Edward Bender '97
Edward's career in high-tech started in 1999 as a founding team member of Speakeasy, what would become the nation's largest privately held ISP until they were acquired in 2005. Mr. Bender has held strategic leadership roles in key Internet infrastructure companies - including Manchester's Dyn, Inc. and most recently Fastly, where he is Head of Global Partnerships. Fastly is a Content Delivery Network, responsible for handling traffic and security for many great web enterprises, including GitHub, Twitter, Spotify, BBC, Boston Globe, and Google. He best describes his day to day work as "getting big companies to play nicely together." He lives in San Francisco and spends equal time in NYC and London. 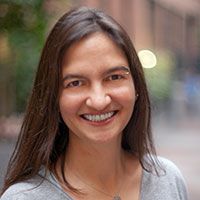 Michelle Lauer '96
Michelle is an avid software engineer with a passion for web technologies and user-friendly design. In 10+ years of experience in software development, she has advocated open source technologies and is a driving member of the Drupal Open Source community. She is a contributing author for the highly acclaimed book, The Definitive Guide to Drupal 7, and is the organizer for multiple community events in the New Hampshire and Boston areas. She has spoken and presented at development conferences worldwide. Currently, Michelle works as a Technical Project Manager for BioRAFT where she helps guide the developmental team through the process of engineering and architecting new features and functionality. When she is not fulfilling her passion as a Drupal developer and community advocate, she is an aspiring archer and outdoor enthusiast. She works from her waterfront cottage in central New Hampshire where she lives with her husband and brood of pets. 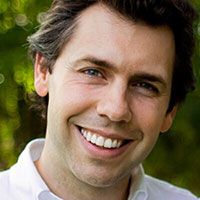 Gerard Murphy '98
Gerard Murphy is an entrepreneurial do-er. He is currently the Group Product Manager for Restaurants at TripAdvisor. Prior to TripAdvisor, Gerard co-founded (with another DS alumnus) Mosaic - a photo curation app for serious photographers. Mosaic was ultimately sold in the fall of 2014 to OnOne Software. Gerard has written several articles on entrepreneurship and marketing that have appeared in publications including Forbes. He also co-authored the #1 most downloaded photography iBook, Develop Great Images in Lightroom, in the summer of 2014. Gerard is a proud member of the Derryfield class of 1998, and currently lives in Dedham, MA, with his wife and three young children.
Back